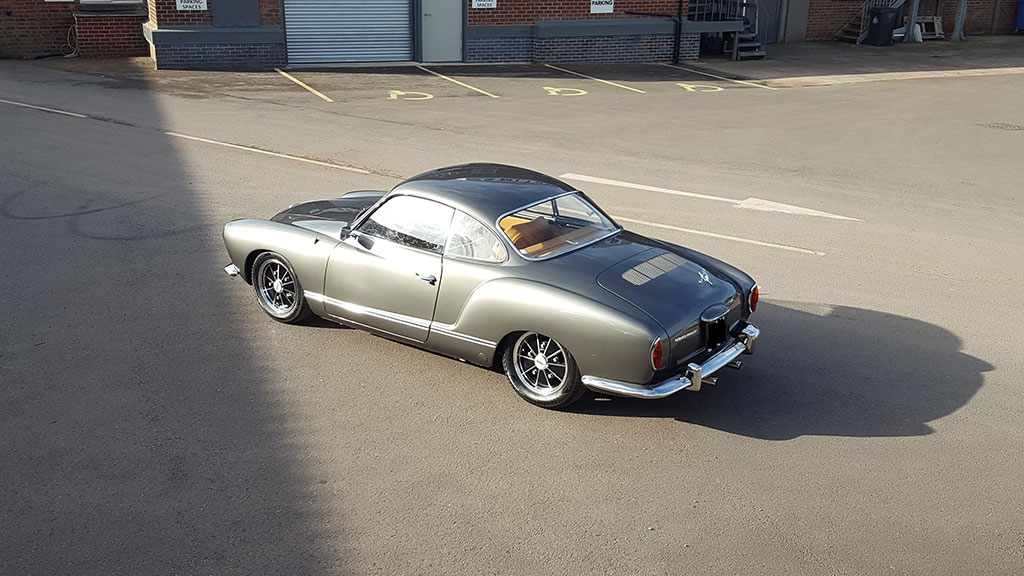 When the Ghia arrived in our workshop it looked to be in very reasonable condition; with only a few small areas of rust and perforation visible. The shape of the bodywork looked correct and the distinctive Karmann Ghia lines were sharp and clear. However, once we had started to remove the old paintwork from the Ghia it became evident that it had been previously repaired in many areas. Removing the paintwork revealed lots of bodyfiller as well as some extensive perforation to the original sills and heater channels in hidden areas.

Due to the poor condition of the heater channels the lower 6 inches of the bodywork were removed; we sourced replacement heater channels and rear wing lower forward panels from Custom and Commercial. All the other rotten areas were replaced with sections made in-house such as; nose lower panel repair sections, rear lower quarter panels, outer and inner door pillar bottoms, front wing rear lower sections and various small sections for the bonnet surround.

Once the welding was completed on the Ghia the repairs were panel beaten and key areas were lead loaded. The next stage was putting the body into epoxy primer and then smoothing it with high build polyester and 2k stoppers. After the finish primer was applied the Ghia was wet sanded and finish painted in water base colour and 2k high solids colour lacquer. The owner chose Splittgrau metallic for the body colour.

The original front beam was re-used but we narrowed it and added adjusters. The front spindles are standard and KYB shock absorbers have been fitted front and rear. The Ghia also has CSP front and rear disc brakes. The engine has been fully rebuilt as a 1776cc with twin 40 Webbers. It has been modified to a full flow oil system with a remote oil filter and oil cooler added. The engine now boasts a counterweighted crankshaft, I beam con rods, high lift cam, pointed cylinder head and a lightened flywheel. The gearbox is standard with a stage 1 Kennedy clutch kit fitted.

The original interior has been removed, stripped down and reupholstered in tan leather. Where the seats and door cards were originally heat-welded the new trim has been stitched so that the luxurious interior retains an original feel. The original carpets were replaced with German Square Weave carpets in ‘biscuit’ which are edged in the same leather as the seats and door cards. The original headliner was cracked and torn and has been replaced by a fresh new one made in a similar perforated vinyl.

The wiring loom in the Ghia was made in-house to include extra wires for additional items such as the oil cooler, a modern radio and additional gauges for oil pressure and temperature. The owner chose a Retro sound radio and we fitted Vibe speakers into pods in the rear boot compartment. The original glass was in good condition and so this was refitted but new chrome trims were sourced. The Ghia sits on Flat 4 BRM replica rims fitted with continental tyres. 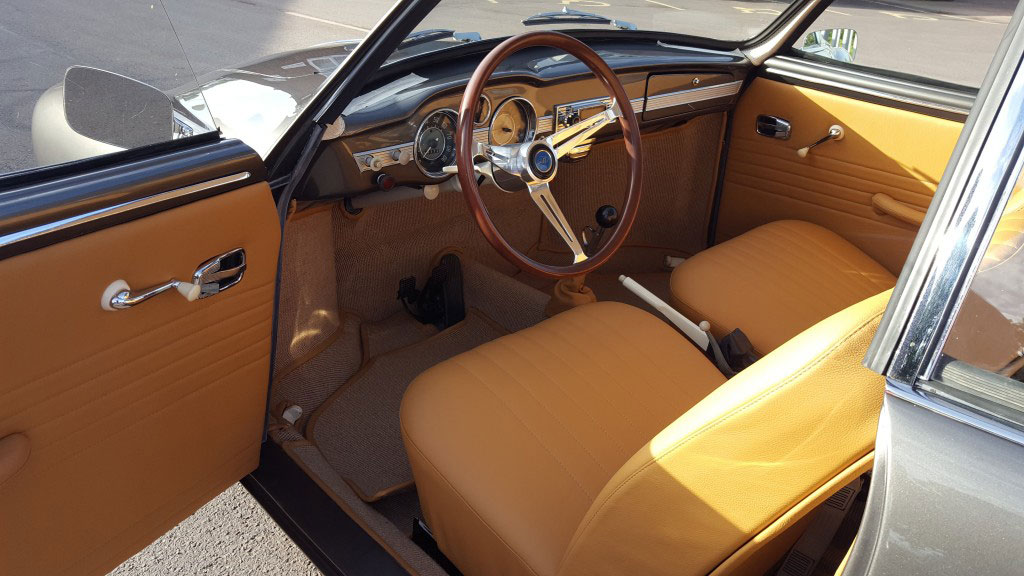 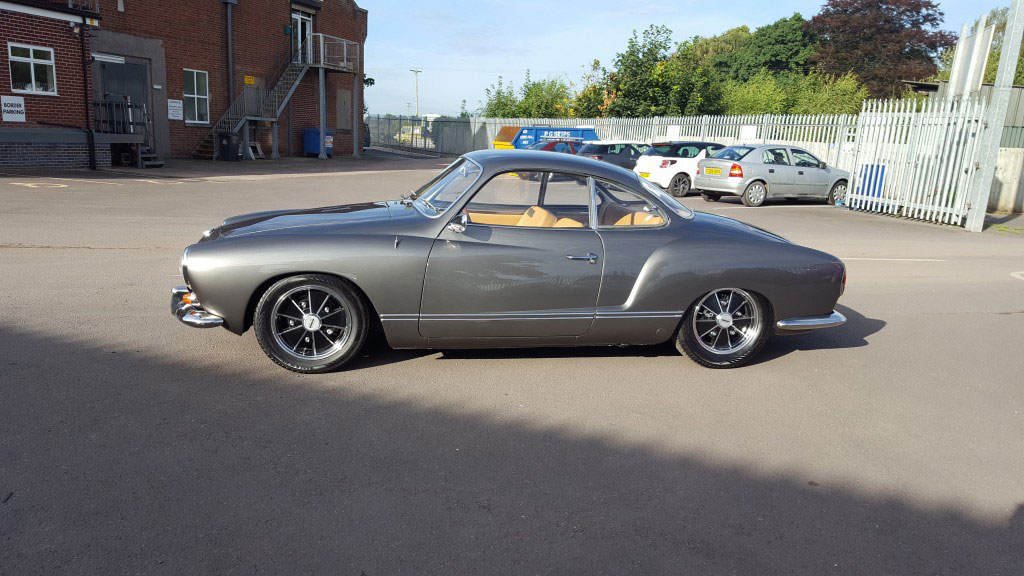 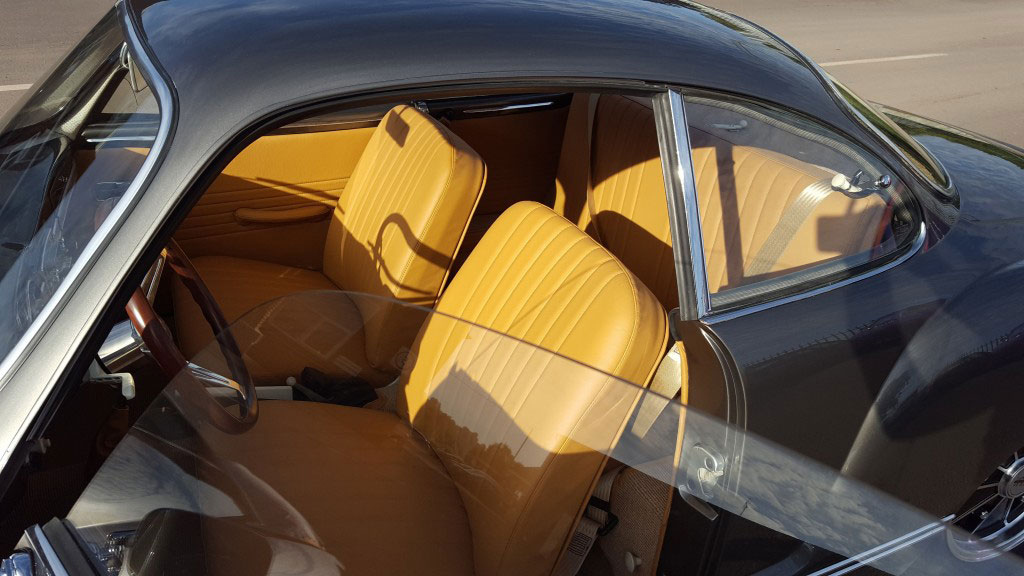